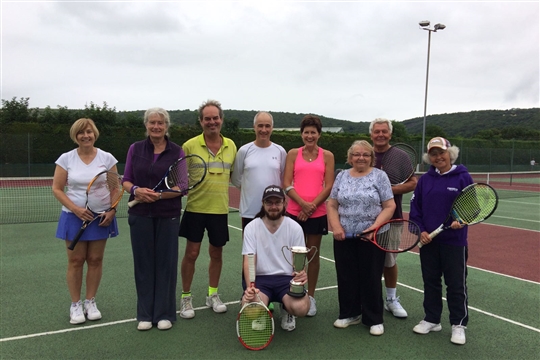 At stake was the Gordon Hill trophy. On this occasion the match was won by the Unders (this year under 60).

More importantly the afternoon was enjoyed by all players,and there is always next year for the Overs to seek revenge.

The Trophy is a part of the clubs history and was first played for in 1957, 60 years ago. It was presented by Gordons family in his memory.

Pictures show the winning captain Chris Rogers holding the trophy with some of the Unders team and again with members of both teams.