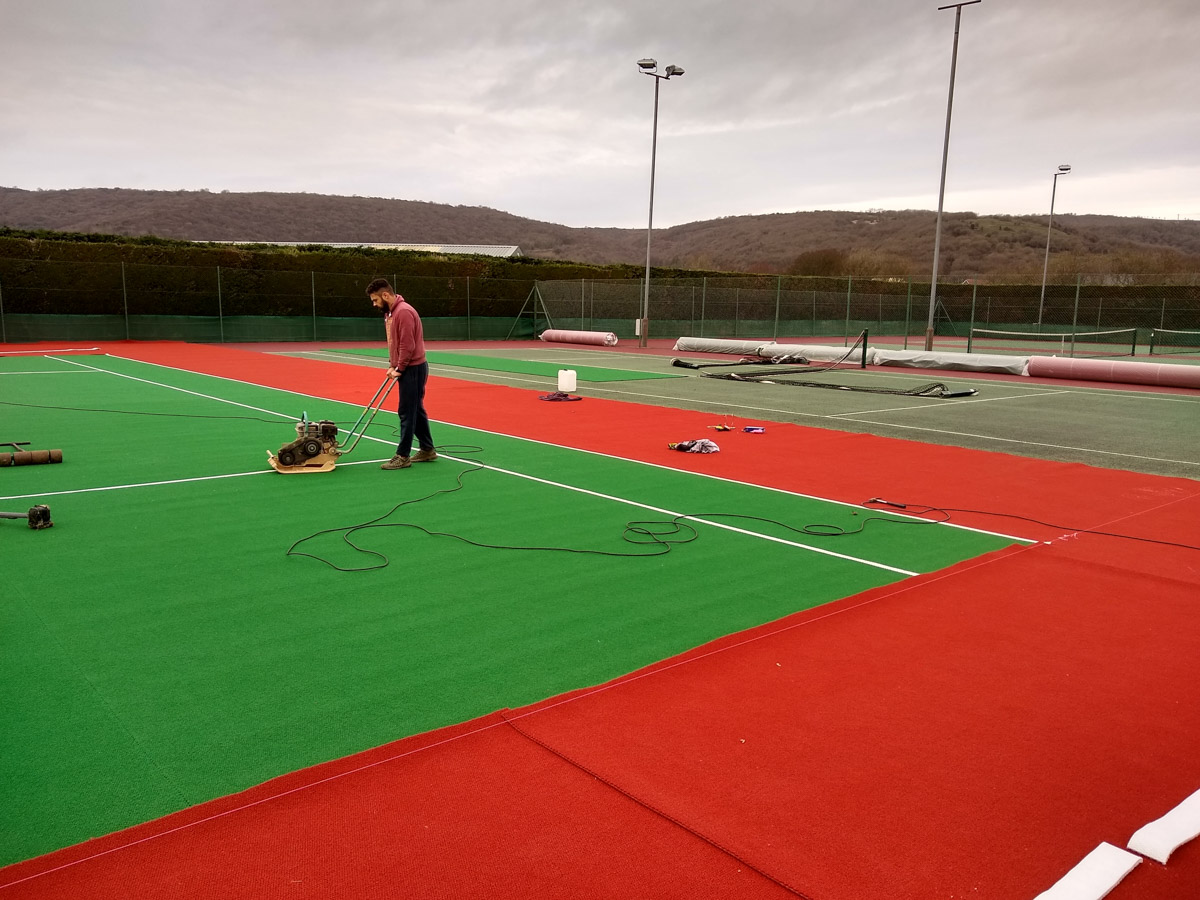 Cheddar Tennis Club will be having their courts resurfaced with Matchplay 2 in the coming weeks.  Below is a summary of what Matchplay 2 is and its advantages as a playing surface.

Matchplay2 is an artificial surface, but it is quite different to the ‘astro’ surface that a lot of other clubs have. Instead of having a pile it is more like a woven carpet. This means that there is less sand, consequently there is much better grip and maintenance is less, it is also porous and drains better as it doesn’t have a backing material. The surface is literally laid on top of our existing courts and held in place with special sand. There are a number of clubs in the area that have now installed this surface which originated in the NE and is claimed to be popular around London. The feedback from these clubs has been very positive, club members have really liked it and it has probably served (excuse the pun) to encourage more court play, they have also found it to be kinder on the joints! Nearly all the committee members, and some others, have been over to Lympsham to play on the surface and have generally liked it. The indications are that the surface is long lasting and would probably outlive a hard court surface. The surface is medium paced and balls tend to bounce a bit lower. Whilst this might not suit all styles of play it is expected that players should be able to adapt to it quite quickly. You may think that all this is going to come at a cost, but it is not much dearer than resurfacing the hard courts with Macadam and because Matchplay2 doesn’t have to be repainted at year 5-7 or pressure cleaned every 2 years it actually works out cheaper over a 10 year period and should last longer in any case.

Jennie Colton, who was the first winner of the award at its inception in 2007,…